HLAA Boston launched its 2015-16 Speaker Series at Arsenal Center for the Arts!

HLAA Boston Chapter begins its new season of Speaker Series events with a theater-based hearing loop demonstration project in collaboration with New Rep Theater at Arsenal Center for the Arts in Watertown.

The project consisted of a schedule of hearing-accessible performances of the Arthur Miller play “Broken Glass” in the Charles Mosesian Theater at Arsenal Center for the Arts. The theater was  looped for the duration of the project. As part of this collaboration, HLAA Boston presented a Hearing Assistive Technologies Workshop on Saturday, September 19 . 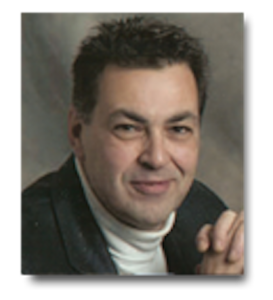 Paul Czech, an experienced user of Hearing Assistive Technology (H.A.T.) and graduate of HLAA’s H.A.T. training program, conducted a workshop on hearing assistive technologies emphasizing devices that work with the telecoil. (The telecoil – or “t-coil” is a small copper coil that is an option on most hearing aids and is built into cochlear implant processors. As part of this workshop, Paul explored the effectiveness of hearing loops in large area listening situations such as those involving theater and other public events.

This exciting workshop included an opportunity for theater patrons and workshop attendees to ask questions and offer comments about the effectiveness of listening in a looped environment.

Mr. Czech is an attorney who suffered a profound hearing loss in 2011 and is now a bilateral Cochlear Implant recipient. As a matter of necessity Paul began exploring Assistive Listening Devices in his efforts to continue his law practice by being able to properly represent his clients in a court room setting. This exploration took him to a number of hearing loss and audiology conferences as part of his quest for the best hearing enhancement systems. He attended a training session in Bethesda, Maryland at the HLAA National Headquarters and is now certified in the use and understanding of Hearing Assistive Technology. Please join us on September 19    at New Rep when Paul will be sharing his acquired insight into these necessary and very useful technologies.

This powerful, Olivier Award-winning, and Tony-nominated drama is presented as part of a national celebration of the centennial of the birth of playwright Arthur Miller. It is November 11, 1938, the day after Kristallnacht, when Sylvia Gellburg loses the ability to walk. Her husband Phillip desperately seeks to find the cause. After consulting Dr. Harry Hyman, it’s determined that her paralysis may have been psychosomatically induced. Hyman’s obsession with curing Sylvia uncovers a complex tangle of egos, resentment, and guilt, as well as Phillip’s own paralyzing struggle with his Jewish identity.