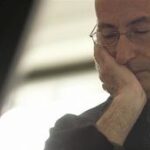 Waking up to find that he was suddenly and entirely deaf in his right ear on June 15, 2010, composer Richard Einhorn’s biggest worry wasn’t that he’d never work again. Nor was his greatest concern the spinning room and nausea, the way human voices sounded like screeching devils riding on crazed, squealing robots, or the piercing tinnitus, buzzing like a high-pitched, enraged refrigerator in his ear. Einhorn knew that he had only 30 percent hearing in his left ear, but didn’t know enough to worry about permanent damage to his other, “good ear.” He attributed the problem to allergies.

Einhorn wasn’t the only person in the world unfamiliar with the term, “Idiopathic Sudden Sensorineural Hearing Loss,” a medical emergency that occurs when the vestibulocochlear nerve goes wacky and basically, without immediate treatment with steroids, a person abruptly loses hearing forever.

Eventually, learning the cause was not allergies or earwax, as emergency room doctors in the hospital to which he fled first supposed, the then 57-year-old composer’s most monstrous fear was of becoming isolated. Married, with a daughter, accustomed to an interactive social life, Einhorn thought more like an average human being than like a musician. What would dinnertime be like? How would he converse and hear at parties and concerts? Would he be miserably lonely?

“It was easily the worst night of my life,” says Einhorn, in an interview from his home in New York City. “It was devastating on a personal level. It took me well over two years before I could physically and psychologically manage it.” [Full article]