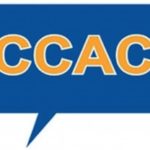 “CCAC is primarily citizen advocates. It is not-for-profit, and not selling any services or products. Consumers ‘drive’ progress by asking for captioning (speech to text) sometimes facing many ‘no’s’ and often a long process that requires persistence and a “do not give up” attitude.  CCAC provides encouragement, mentoring and support online, and great information, including participation of provider members who offer valuable experience and knowledge.”

Closed captioning is the visual display of the audio portion of video programming. Captioning provides access to individuals who are deaf or have hearing loss and is often used in places where it is difficult to hear a TV program, such as restaurants and exercise facilities.

On January 12, 2012, the FCC adopted rules requiring captioned programs shown on TV to be captioned when re-shown on the Internet. These rules implement provisions of the Twenty-First Century Communications and Video Accessibility Act of 2010 (CVAA).

In 2014, Netflix and the National Association of the Deaf (NAD) reached an agreement that the company would close caption every single one of their streaming videos by September 30th, 2014.

The settlement arose out of a lawsuit filed by the NAD and the Western Massachusetts Association of the Deaf and Hearing Impaired, where the two organizations claimed the Netflix was violating the Americans with Disabilities Act by “failing to provide adequate closed captioning on ‘watch instantly’ streaming video programming.” The lawsuit has now been settled with a $795,000 payment and a joint decree.

Netflix has also agreed to become progressively more efficient in captioning content added to the service after the 2014 deadline. By September 30th, 2015, Netflix must be able to caption all new content in 15 days from it appearing in the library. By 2016, Netflix must provide captioning on all content within one week of its debut. Beyond that, Netflix must strive to work toward providing simultaneous captioning with all new content.

Until then, Netflix has to update their UI to make it even easier to find the captioned content that’s currently available:

“Netflix will maintain on its website (www.netflix.com) a list or similar identification of On-demand Streaming Content with Conforming Captions and Subtitles. Netflix will provide an option to either sort or filter the list by title, year, maturity rating, and genre. Netflix’s obligation to maintain this list will expire on October 1, 2014, by which point Conforming Captions or Subtitles will be available on 100% of On-demand Streaming Content,” says the settlement.

“The National Association of the Deaf congratulates Netflix for committing to 100% captioning, and is thrilled to announce that 48 million deaf and hard of hearing people will be able to fully access Netflix’s Watch Instantly services,” said NAD CEO Howard Rosenblum.

“We have worked consistently to make the broadest possible selection of titles available to Netflix members who are deaf or hard of hearing and are far and away the industry leader in doing so,” said Neil Hunt, Netflix Chief Product Officer. “We are pleased to have reached this agreement and hope it serves as a benchmark for other providers of streaming video entertainment.”